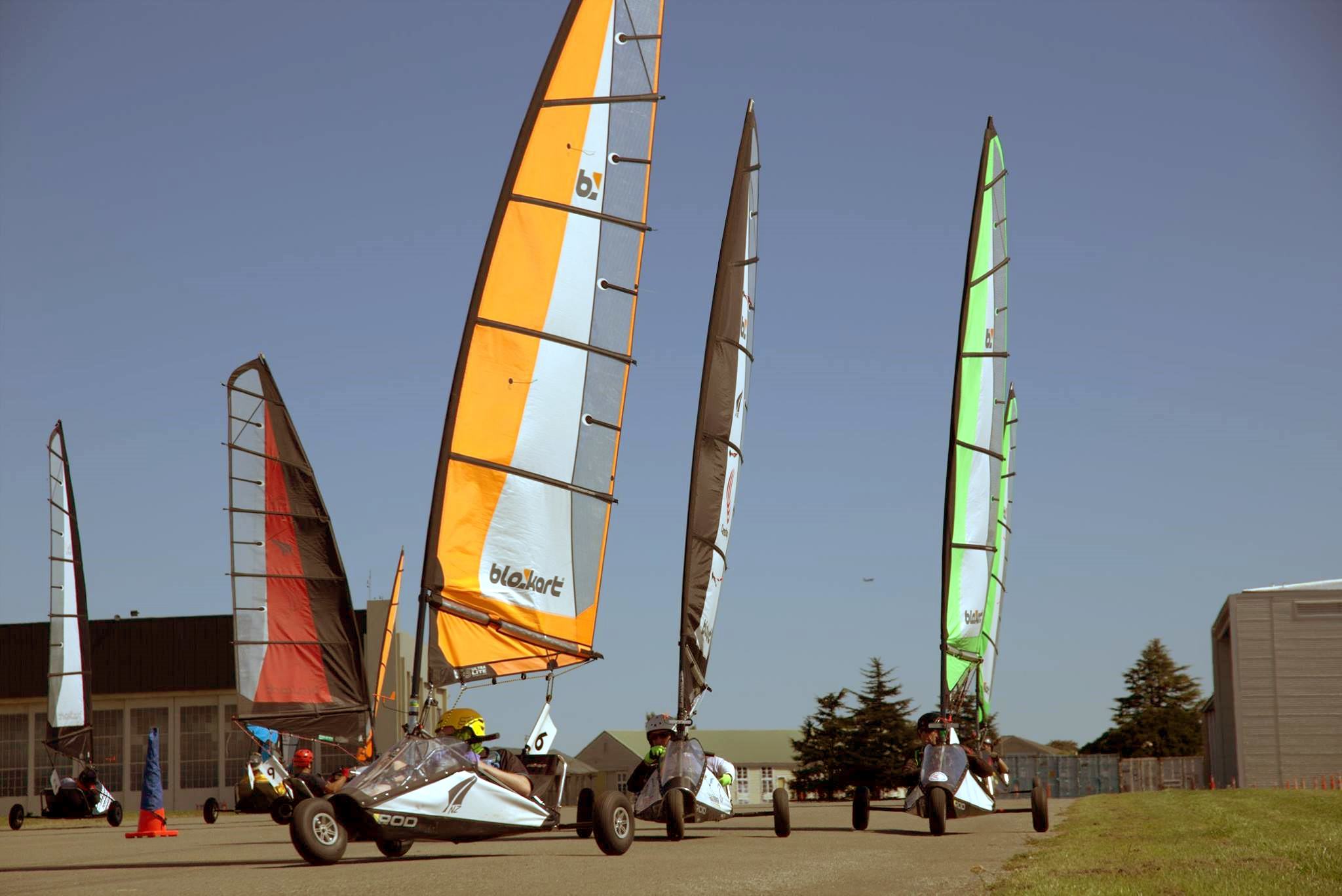 A great weekend was had at the SIO. Although Saturday didn’t perform on the wind front Sunday made up for it with strengthening winds during the day.

Saturday started out a beautiful day and everyone was ready to sail but the wind gods were not shining on us, just the sun. There were light winds there but not enough to race. A short course was set up and later in the day racing was got under way. The wind was coming and going which made it hard and not all races were seen through. There was a new BAI ruling in place to call a race if certain time limits were not met so there was some frustration among competitors as it didn’t always work. Some areas for improvement to be had. In the end we managed to get 3 rounds in of light wind sailing.

There was some close racing and a few incidents, one with Mark Hursthouse taking out his axle as he was coming back down the taxiway. With the shortening of the course there were a few brain fades and people heading in the wrong direction.
That night there was a social dinner in town and a great number of laughs were had and very nice food consumed. Parking was a challenge with a number of other events on but a good night was had by most.

Sunday dawned a perfect sunrise day with light winds that took a while to fill in but racing was underway by 9:30am. It was 5.5m racing on a shorter course which was lengthened slightly after the first round as the wind increased. By the 3rd round the wind was starting to pick up and the starts were all getting a little gnarly with most at high kms and on two wheels into the first mark. Some fast racing and quick closing speeds for the downwind karts.

Round Four of the day racing was halted quickly for a revised course to go the other way with a figure of eight. This was a lot safer although the crossover was a little frightening in the production class with its big fleet and very fast closing speeds in both directions.

There were a few more incidents with Robert Deighton braking his mast base and Stacey Fox loosing and axle over the start finish line. Both were fixed up between races and back out in the next rounds. Matthew Denton also took out the best acrobatics of the weekend by almost flipping twice just before start only to spin it around and cross the start line in 3rd with good speed. No one is quite sure how he managed to pull it off. By mid-way through the day most had dropped to 4m sails and some of the lighter ones dropped down to 3m sails.

Production light was very competitive and there was a real duel going on between Matthew and Mitchell Denton. Matthew was taking a few wins off Mitchell which is new. There was also a new comer Charlie de la Cour who showed great pace and took out one race. He will be very competitive in the future.

Production Heavy was also competitive with Mark Hursthouse and Michael Denton battling it out although as the wind build Michael showed a clean set of heals for the rest of the day and was often way out front of the fleet. Also some of the big boys the likes of Burnie McGillen came through taking out a few second places in the stronger winds. Les Bearman was very consistent and his results came through in the end. Hats off to new comer Andrew Taberner in his first races ever, doing well straight out of the blocks.
Performance Light was a real lottery although super lightweight Amanda Norris had gained an 8 point lead on Saturdays light winds. There was a real battle up front with Bob Jelley sailing like a demon but then having a few brain fades and DQ ing himself.

Justin Annan was also on form but seemed not to be able to hold on and turn them into wins. Kurt Smith came out of nowhere and at times was like a rocket blasting through the fleet and out into the lead. Ed de la Cour (Charlies Brother) another new comer really started to find his straps and was often up in the front two by the end of the day with good speed in a borrowed kart. Vaughan Lucking was having a blinder leading one race and lost his way in the last few hundred meters only to be swallowed up by half the fleet. Next time Vaughan. This was a hard one to call and in the end came down to single points on the podium.

Performance Heavy was a competitive bunch although Alex Morris gave us a lesson on good starts and fast sailing. Michael Denton did his best and chased him down in a number of races to be only a couple of kart lengths behind, but Alex was silky smooth all day. Places fell out with Michael in second and Terry Helm in third, he was another up in the top three most of the day. Steve Fox was racing well and there was a good battle going on in the mid pack with Ivan Purtle and Chris Gant.

At the end of the day with another 9 rounds completed there were a great number of competitors with the Blokart grin after close racing in good winds making up for the slow start on Saturday.
Many thanks for the ones that did travel and well done to Canterbury for hosting another great event and filling the podium with red and black.