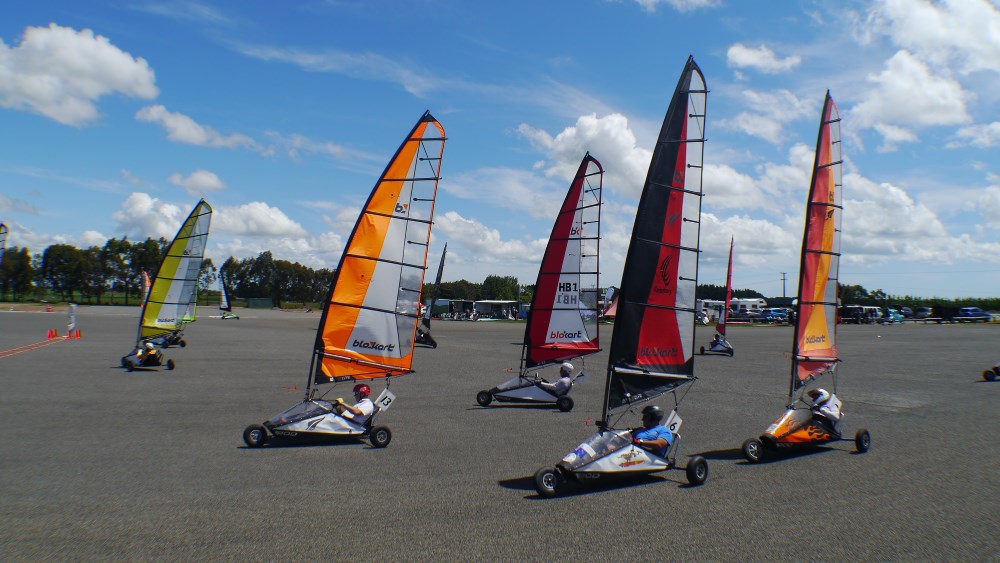 It was a busy time for the 17 ABC members who headed down to Sanson for 4 days of racing. The event started with the weigh in, registration and some practice on Wednesday followed by the AGM that evening. Not much wind meant not too much practice. At that stage we met up with our Aussie friends who were staying at the Bridge Motel with us.

Thursday. The forecast wasn’t looking good and despite some sucker puffs coming through we didn’t get the wind needed to start racing. With a slight slope over the track, it isn’t easy to set a course in less than about 7 knts.

Friday. “We have wind” was the call on arrival at the track and so briefing outlined a course and racing started with the light weight division, with John Paverd representing the ABC. Everyone sailed 5.5s throughout the day with the wind fluctuating around the 7 – 9 knts. The lights ended up a battle between Debs Davidson from the Bay, Amanda from Chch with John getting mostly seconds and thirds. Robert and Fletch from Manawatu had a win each but lacked a bit of consistency. At the end of the day Debs was sitting one point ahead of John with Amanda back 4 more. It was a close battle between these three all day.

The Middles quickly showed that there was going to be a similar battle with Alastair taking the first, Graham Ingall the second and Alex from Chch starting to fire at race 3. Dylan was also consistently up the front. Graham showed some inconsistency so it ended up a battle between the other three with Rudi from Manawatu also pushing hard at times. Bob had some good races but also threw in some not so good ones.

John Nicholson immediately showed his pace in the Heavy weights by taking the first race and then dominating the rest of the day with mostly 1st’s and 2nd’s. The battle for the minor placings on the day was between Darryl, Russell, Alex, Michael from Chch and Bruce Buckland from the Manawatu.

The Super heavies was a very competitive division with a number of people getting wins and good placings but no one really dominating. Paul started with a win and some other good places but faded a bit at the end of the day. John Marshall from Hawkes Bay was the most consistent and won the day, with Theo, Davie Norris, Terry Helm and Ian Timperley all having their moments.

41 races were completed on the day to get the competition back on track with the forecast not looking great for the Saturday but plenty of wind for the Sunday. Friday night we were advised that Ohakea was not available for the coming two days. This was a bit of a shock since quite a few went to the event because of the opportunity to get on the airport. The security person who was to open up ended in hospital and there was no back up arranged.

Saturday we waited for the wind. A Kubb set came out, we tried to sail, we ate lunch, we debated the forecast and finally Arran made the call to pack up. That night most of the visitors headed to the Rat Hole for a typical Bulls dinner.

Sunday we got some wind. 4 metres came out and racing started with only a couple of Supers deciding to try the 5.5 sail. It was great racing in 12 – 15 knts to start. Half the lights went to a 3 metre and the battle continued between the top three plus Robert starting with 4 wins out of the first five races to put some pressure on the other three. John got 3 wins, Amanda 2 and Debs one but backing this up with 2nds and 3rds to be the most consistent on the day. This was close racing all day.

Dylan started the middles with three wins but later had a tip over and a dsq to stuff up his day. Alastair, Alex and Rudi also got the other wins. At the end of the day it was Alastair who was the most consistent after Alex finished with a 19th, whicwas a drop.

The heavy wind suited Russell in heavies but it was a close battle between him, John and Michael, all getting wins. Russell had 5 wins in the first 7 races and stuck with his 4 metre as the others changed to the 5.5 half way through the day. Fast upwind but not as quick on the straight down wind leg. A puncture while leading in the 8th race didn’t help. With the rain starting about midday, the wind dropped, and John started to come through with the bigger sail with Michael always close and wining race two of the day. Darryl and Alex were also consistently in the top bunch.

The Supers were still very competitive with Davie Norris starting with 4 wins and a second. He continued with consistent results to be on top for the day followed by Theo, Paul, Andrew and Terry but they were not consistent enough over the day.

Combining the two days, there were 21 races, enough for 3 drops which a relief for quite a few. Everyone had wet gear to pack up and it was a relief to leave the track, get warm and head for prize giving at the local hall.

Thanks to the Manawatu club for the work that went into hosting the event.