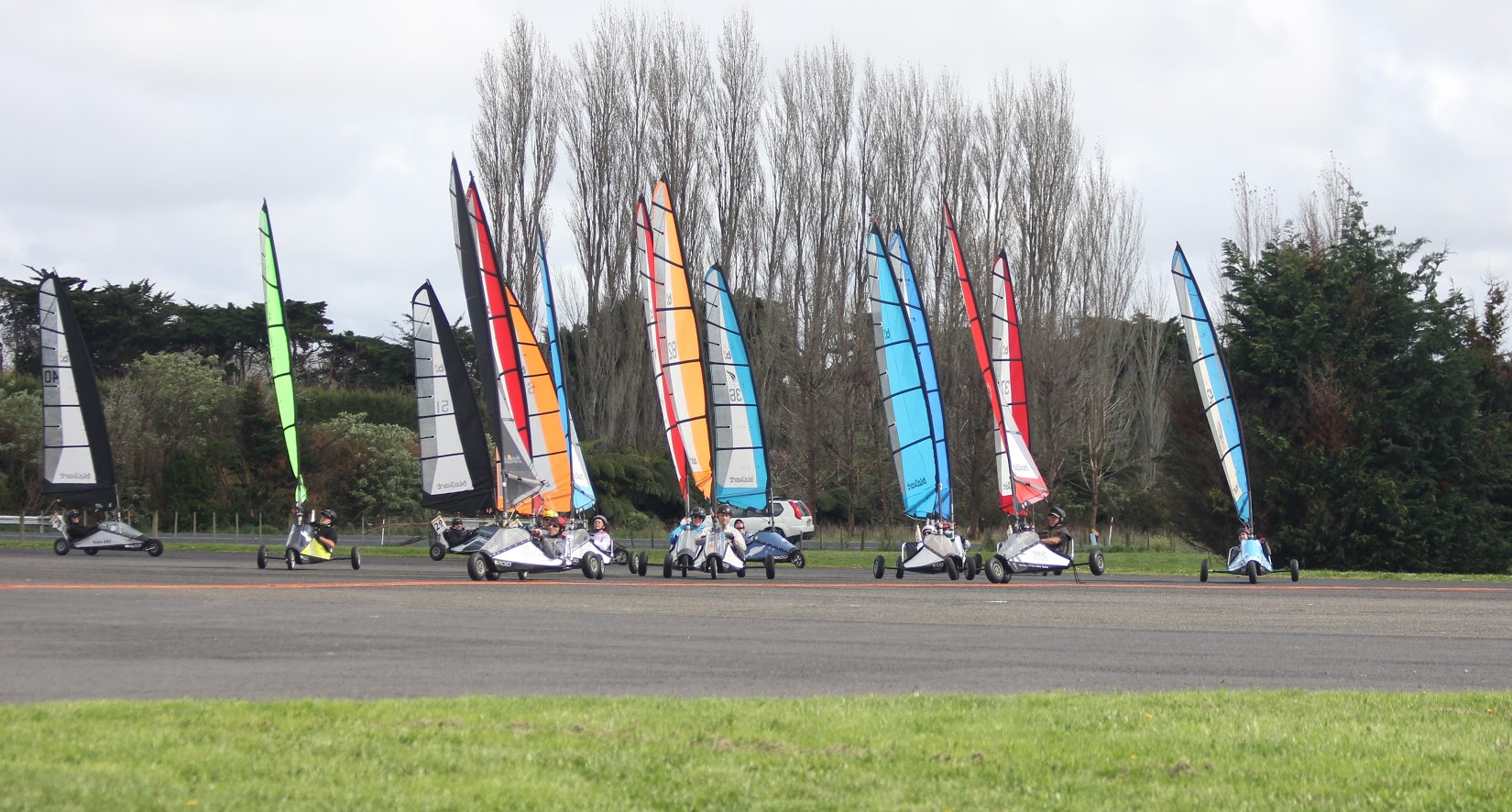 When a club gets to host a major event, it is quite a privilege, but it also means lots of work to make it happen. In the end the club can be satisfied that we did a good job on all areas of running the event and so thank you to those who put in so much effort to make it all happen. There was a lot of behind the scenes work happening that most people don’t know about, especially Barry setting up the Ardmore relationship so that we not only had a smooth event but we ended up paying limited money for the use of the airport and extended runway. He even arranged a safety exercise for the Wednesday with a plane doing a wheels up landing so everyone knew exactly where to go when the siren goes off. The only job not done was the person who was meant to arrange the weather. Whose job was that?
The ABC had 29 entries including 3 dual entries plus three others who have joint membership with another club. A good local effort.
In the end it was a great event with everything falling into place, including the weather for the first few days where the prediction was for limited wind. The heavy wind day was Sunday and yes we got that right, for about 2 hours and then sat around all day waiting for a decent wind. It didn’t eventuate.
The competition was tight. There were eight current or past world champions racing with another 5 who had made the podium at some stage. That makes for some competitive racing across the 5 divisions.
Wednesday was set up day, registration and a chance for some practice. The practice didn’t happen with the airport closed down for the emergency landing plus rain and little wind. Graham ran a quick AGM at 5.30 followed by a barbeque for the early arrivals. Photos on:https://goo.gl/photos/SaamH4gfgXJvJP64A
Thursday had a prediction of 1-2 knts of breeze. After late registrations and scrutineering the welcome and briefing started at 11 am. The race committee decided to have another final briefing once the wind settled in only to find that at 11.45, it had arrived. So the racing started with the light weights getting the honours first up. We completed 18 races in flukey conditions with a NE wind which is not the best direction for Ardmore. Slowly the upwind mark was brought back towards the cross tracks but there were still some holes to negotiate. The day finished with a social time, giveaways from CRC and Hydrolink, two of the sponsors for the event, and then followed by a sausage sizzle for those wanting to eat on site. Photos on: https://goo.gl/photos/moVLHM2nL2fCYnbF6
Friday, conditions very much the same. Same wind, same holes in the wind, and the odd spot of rain to be a nuisance. Teresa, the PRO for the event, was kept on her toes watching for those races that needed stopping as the wind fluctuated. Another 20 races completed and plenty more spot prizes handed out so everyone ended up with something to take home, including the super fast silicon spray for your bearings. By this stage a few were happy to get their first drop after the odd incident out on the race track. Photos on: https://goo.gl/photos/HXWJ7ZD8dPyrihzs7
Saturday, more of the same, another 20 races, with a slightly earlier finish time so everyone could get tidied up for the NZ Open dinner. It was a fun time at dinner with plenty of good food and lots of spot prizes thanks to Paul and Tina from blokart International. Thanks to David for arranging the venue for this event. Photos on: https://goo.gl/photos/LW64mBuh4vqNDbjH8
https://goo.gl/photos/AMiBZoHsLHjxVwfQ6
Sunday had a prediction of 20+ knts plus rain. And that’s what everyone was waiting for, mainly the 20+ knts for some fast 3 and 4 metre sailing using the whole track. The race committee set up the long course with all the appropriate safety precautions and did the briefing. By the time the Super heavies got to the start line, the wind was dropping. Those super heavies were a problem every day as the wind seemed to drop out once they hit the start line. The first race was abandoned and everyone changed to 5.5 metre sails …….. and waited ……. for quite a while …… until Teresa called it quits at 2 pm. The wind would come in for a few minutes but never long enough for a fair race. The NE wind was meant to change to a westerly, but it was never strong enough to push from the Manukau Harbour to the airport. That’s the problem with an ocean on both sides.

Not a great way to finish, but that’s the sport we are in, we need wind.

The event finished with prize giving and lots of thanks yous to those who made it all happen, especially Teresa, the timing team, John, Julie and Kirsty, the Kitchen team, Rosie, Trish, Annie and Bev with help from Sonja. The race officer duties were shared between a dozen people to ease the load and there were other helpers in the background from the ABC who shifted tyres, put up tents, picked up food and drinks, pounded in cold mix to the damaged track.
Photos on: https://goo.gl/photos/fKwnkpJJ4GfEcvbf9

As far as the results go, these have been published on the NZ BAI website and the ABC facebook page but it is worth noting that the ABC had 9 sailors on the podium, 10 if we count Theo who is a member of both BBC and ABC, and ABC sailors won every division. It was our home turf but in the wind conditions, this didn’t count for much. Congratulations on the result.